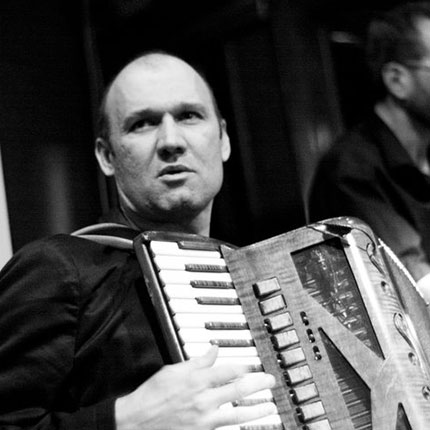 Martin Wagner, born 1967 in Frankfurt, is founder of the German trio TANGO TRANSIT. Over the past 25 years he participated in numerous tours and international festivals (Israel, Scotland, Italy, France, Switzerland, Romania) mainly with Jazz and Worldmusic acts, notably the band Colalaila. He has been accompanying German comedian Konrad Beikircher for over a decade. His studio credits include music production, listening books as well as theater work. Since 2013, Martin has a professorship for accordion at the university in Detmold/Germany. His main band Tango Transit has released two albums (“Preview” in 2009 and “Blut” in 2011) and a live DVD (“Live im Thalhaus” in 2013) and tours throughout Germany and Europe. Their upcoming third studio album will be released in February of 2014.