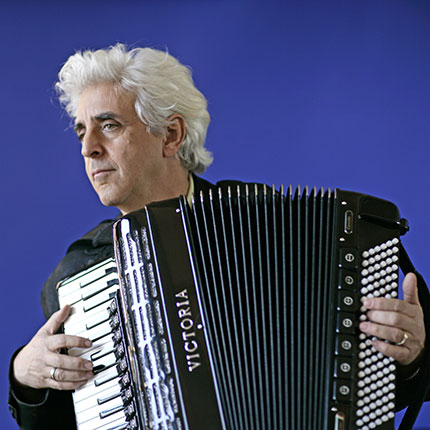 Gil Goldstein, an excellent pianist and synthesizer player, actually started on the accordion.
In the late ‘80s, he resumed doubling on it for special occasions, such as a recording project for Michel Petrucciani and for his own sessions. Earlier, Goldstein had picked up important experience playing with Pat Martino, Jim Hall, Billy Cobham, the Gil Evans Orchestra (starting in 1983), and Wayne Shorter.
In 1991, he helped in reconstructing Gil Evans’ arrangements for Miles Davis’ Montreux Jazz Festival concert and he has recorded as a leader for Chiaroscuro (1977), Muse, Blue Note, World Pacific, and Big World.
Generally, Gil Goldstein’s music grooves while utilizing the influences of other cultures (particularly Latin America).